THE VYRNWY ESTATE SELL OFF: THE IMMEDIATE PATRIOTIC PRIORITY 'TAKE BACK THE LAND' ACTION WEEKEND 24 - 25 MIS MEDI - MIS HANES GLYNDWR 2012 - SOME SERIOUS SUGGESTIONS FOR CAN DO AND WILL DO PATRIOTS DESPITE POSSIBLE LACK OF PLAID CULTURAL NATIONALIST LEADERSHIP ON THIS BIG ISSUE CYMRU?

www.lake-vyrnwy.com/ - Cached
This water is purely for the River Vyrnwy, which would otherwise dry out unless in .... LakeVyrnwy. (2009, June 24). In Wikipedia, The Free Encyclopedia. ...
Siân Ifan of Embassy Glyndŵr recently in an article in Y Cymro suggested that Plaid Cymru organised a 'Take Back The Land' rally at Vyrnwy and that the three main Welsh language 'Activist' groups got together to launch a national campaign of Direct Action on this issue. I think Siân was being optimistic there, whatever, Sian's article in 'Y Cymro' has been published in full on her Tarian Glyndŵr blog and I understand that an English translation will be going up on the Owain Glyndŵr Communicates blog soon. May it inspire some Patriotic Action, see link below:

tarianglyndwr.blogspot.com/ - Cached
26 Jul 2011 – Mudiad Tarian Glyndŵr campaigns against oppression of our people and expropriation of our land and its natuural resources. ...


Having already visited Vyrnwy three times in my life, last occasion to carry out action in opposition to the Severn Trent sell off:

I do not particularly want to make another trip to Vyrnwy unless something big is being organised and as I do not intend to organise anything, I will make a few suggestions as to what patriots could do as 'autonomous' individual or group protest events and activities. 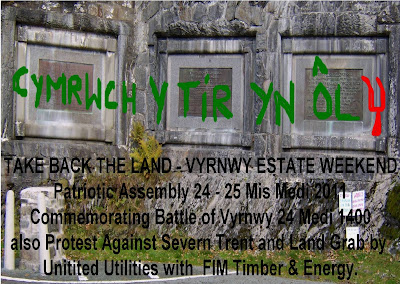 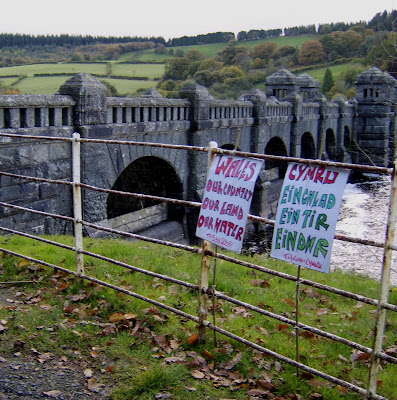 ...the location below which is past the RSPB bird place, the below is where the Glyndŵr trail comes into the Vyrnwy Estate from Llangadfan via the Dyfnant Forest, site of a planned major Forestry Commission Windmill Plantation.

www.walesonline.co.uk/.../wind-farm-would-ruin-tourism-say-turbi... - Cached
7 Jul 2011 – Wind farm protest. A HAVEN for horse-riding tourists is under threat from ... in the Dyfnant Forest, near Welshpool, at a public information day. ... It claims the forest provides good wind speed, is within TAN8 search ...

en.wikipedia.org/wiki/Dyfnant_Forest - Cached
A wind farm to produce 80–120 megawatts of power has been proposed in the Dyfnant Forest. The Seven Trent Water Company, which has the responsibility to ...

www.dyfnantforestwindfarm.com/ - Cached
We have put together this website, to give you information on the proposed Dyfnant Forest Windfarm in Dyfnant Forest, approximately 5km south of Lake Vyrnwy ...

www.abermulewales.co.uk/action.html - Cached
Scottish Power Renewables want to erect 35 600ft high wind turbines, together with a 4 acre sub-station, in Dyfnant Forest. The scoping report is with ..
Glyndŵr Ramblers will be coming into the Vyrnwy Estate from the Llangadfan direction to this location to hold a small Battle of Vyrnwy commemoration. 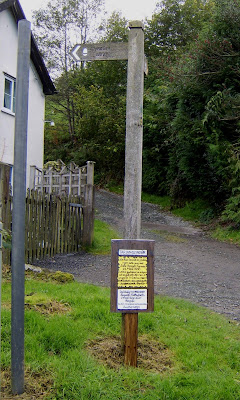 From above proceed to the Vyrnwy Sculpture Park. Ideal location in which to set up a Tŷ Unnos as a piece of contemporary Patriotic Protest Agit - Prop Art. A way to get the kids involved and keep them busy and happy would be to sit at one of the many picnic tables and make table top Tai Unnos with twigs. The Sculpture park makes an ideal Patriots Picnic site and I guess if you want to sing Patriotic or folk songs no one will stop you, would they? Do not think it will be much good for any Glyndwr Camp. 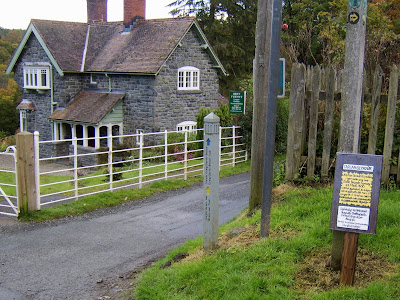 
There are other areas that lead to possible suitable camping sites or making of Tai Unnos, usually they are areas for carparks around the reservior with a few sculptures that lead to walks in direction of the seven rivers of the Vyrnwy Estate. 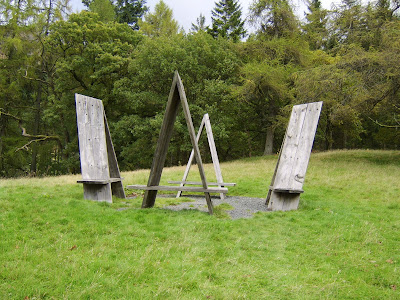 Other than marching on the Vyrnwy estate from the Plaques across the Acqueduct or from Llangadfan via Dyfnant Forest, a Motorcade could be organised from Gwynedd starting at Bala and via Bwlch y Groes into the Vyrnwy Estate and hold a motorcade protest around the reservior. 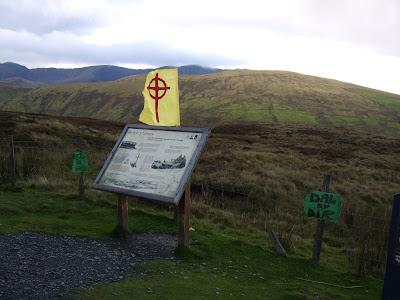 Must be some where to set up a Camp Glyndwr on the Vyrnwy Estate? 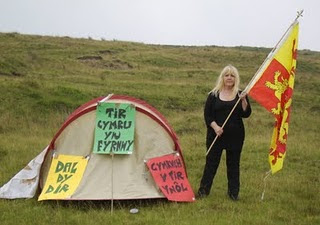 That's a few ideas for Patriots to expand on if they wish. As for Sunday 25, why not a conference in Llanwddyn Community Centre organised by 'whom so ever' is moved to do so with a sound associated purpose? See link below as of use:

history.powys.org.uk/school1/llanfyllin/flooded.shtml - Cached
The lost village of Llanwddyn. In order to create the large lake for Liverpool's water supply, the valley of the River Vyrnwy had to be closed off by the ...

llanfyllindeanery.org.uk/parishes/wddyn.htm - Cached
9 Jun 2011 – Originally the village of Llanwddyn was higher up the valley, but was flooded when Liverpool built the dam in the 1880s. ...

www.abandonedcommunities.co.uk/page32.html - Cached
In order to create the reservoir Liverpool had to purchase about ten farms and the village ofLlanwddyn. A place called Llanwddyn exists today, ...

LAST BUT NOT LEAST
Rise up the Red Pitchfork for Land and Liberty over the Vyrnwy Estate. 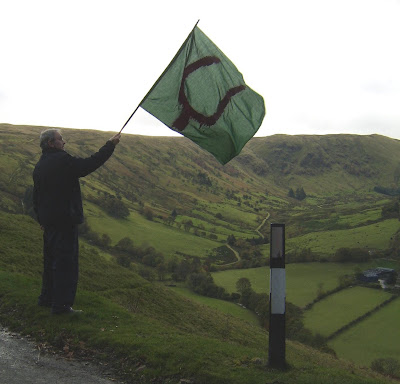 Posted by WELSH REMEMBRANCERS at 02:17