PAW TO THE FORE IN STRUGGLE AGAINST THE WINDMILL MASTERS - RESISTING THESE 'NEW CONQUISTADORES' RENEWABLES ROBBER BARONS FROM MAKING WALES 'CORPORATE COLONY CYMRU' - Well That's The Theory But In Practice - We Shall See? 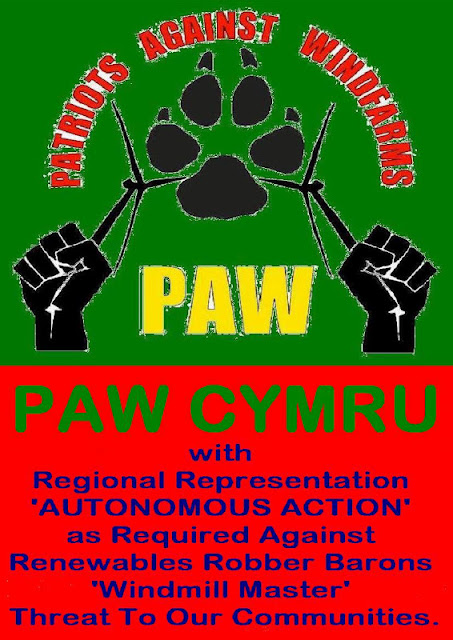 Map of Bryn Llywelyn Area as per Symbolic Occupation of the
August 25 - 27 Bank Holiday 2012 . 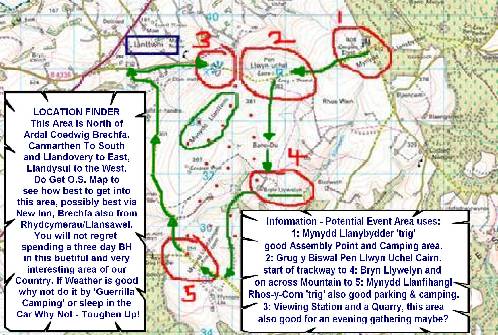 However, Our Thinking is that after a not too successful event on Mynydd y Betws it might be best that the final call to ''occupy'' this English Crown Estate comes from Gwladgarwyr Sir Gar as this Land as Mynydd y Betws is in that County too. So really should be their priority concern for action to resist the Windmill Masters 'New Conquistadores' out to make profits for themselves and the English Crown. We and, we advise others to await a West Awake call to action over the August 25 - 27 BH 2012 and maybe Gwladgarwyr Sir Gar will also organise and lead the march into the area of the Bryn Llywelyn Windmill Plantation and place there our flags of Freedom, Land and Liberty as well plenty of Protest Banners, Placards and Poster.  Why is it that Sir Gar with as many Windmill Farms, existing and proposed as Powys is less to fore in Resistance to Renewables Robber Barons whilst the latter is an'Anglicised' region (Hen Gwledydd)? Strange is it not that Sir Gar of an also ancient Gwledydd aka Dehuebarth and 'Cymru Cymraeg' but is far from as Patriotic as Powys even on the level of public placard poster display, how passive can you get? I call it pathetic patriotism to worry about 'Afordable Housing' whist the fox is in the chicken house, I suggest Gwladgarwyr Sir Gar worry about such and unemployment and depopulation than the sustainability of the unsustainable S4C and Crachach concerns who will bleed this country dry (just as the Taffia have) in their own selfish interests not 'Yr Hen Iaith'. Wales Awake! Other wise, I am off to Trecco for my Aug BH! 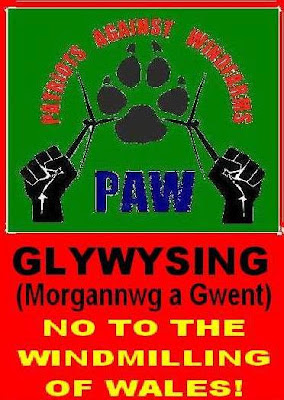 8 May 2012 ... The UK government gives the go-ahead for the construction of the most powerful
wind farm in England and Wales, but not everybody is happy.
www.bbc.co.uk/news/uk-wales-17995258 - 81k - Similar pages 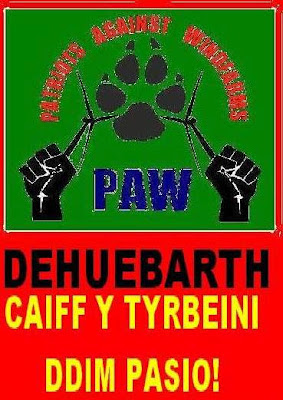 Stop the Brechfa Forest wind turbines
I have written to Carmarthenshire County Council urging them to use the powers
available to them to shut down the wind farm until a point is reached when ...
www.turbineaction.co.uk/Brechfa forest.htm - 43k - Similar pages 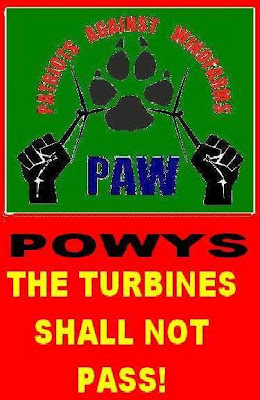 Opposition groups kick up storm over windfarms in Wales ...
28 Feb 2012 ... Protesters in Powys, where there are plans for 870 wind turbines. Opposition to
wind power in rural Wales is said to be "total", with communities ...
www.guardian.co.uk/environment/2012/feb/28/windfarms-and-pylons-opposition-wales - 111k -Similar pages 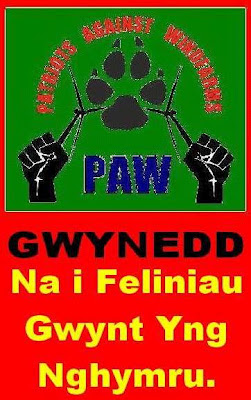 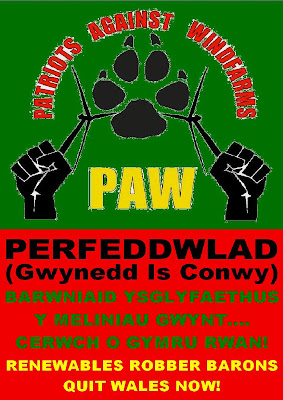 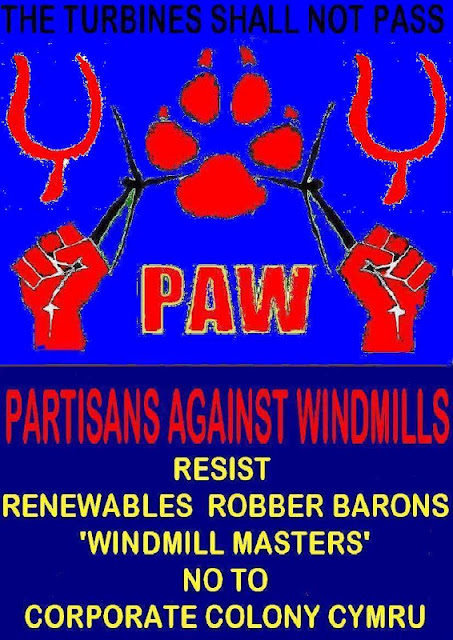 The Collaborators with the Renewables Robber Barons; Welsh Assembly Government and all it's sitting Political Dilettantes inc Plaid Cymru so called Nationalist Party also a number of Local Authorities. Plus such as Friends of the Earth and Greenpeace also not least the Forestry Commission in a number of areas - All Enemies of Wales - Country and Communities as jointly associating and participating in the destruction and devastation of the Welsh Rural Landscape and our National Heritage there upon and within. 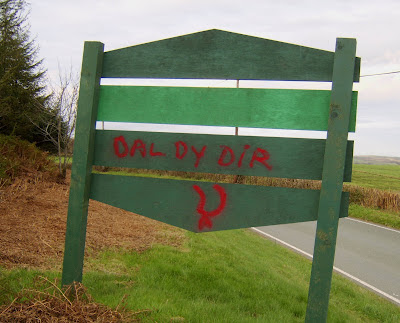 Forestry Commission - SSA F - Pen y Cymoedd
Vattenfall has been granted consent to build the the Pen y Cymoedd Wind
Energy Project. Made up of 76 turbines, construction is expected to start in 2014,
with ...www.forestry.gov.uk/forestry/INFD-8J9JVV - 19k - Similar pages 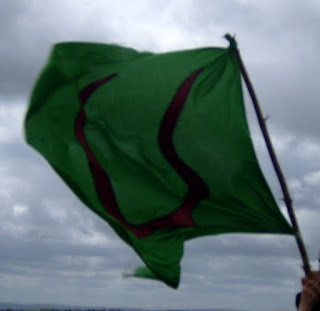 Patriots and Partisans Mobalise to Defend
Country and Communities. YES?


Posted by WELSH REMEMBRANCERS at 14:50