TRESMASIAD - LAND and LIBERTY STRUGGLE - WELSH LAND ACT CAMPAIGN: Let Us Crawl, Let Us Walk and Then Let Us Run Toward Campaigning For Restoration of Cymric Land - DAL DY DIR!.

People of Wales - Come Bury Your Hearts on 'Stryveland'.....

.......or make of it a 'Field of Dreams' where you will come to, over 8 - 10 June 2012 'Occupy Mynydd y Betws' and there awake, arise and advance another kind of struggle against those who seek to rule over us and land grab more of our Country. A struggle that the 'People of the Pitchfork' of the past would know only too well in their struggles for Land and Liberty, I remind:

A 16th Century View Of The Land Grabbing Lords of the Land.

'Being oppressive and detestable;
scorning God and his commanments;
harrassing the weak for his land and welfare,
and behaving with abundant arrogance'.

Sion Brwynog who in 1597 wrote in reference to the
Forest of Snowdon Controversy:

Below couplet, written to remind of Rhyfel y Sais Bach 1826 and of Siaci Ifan y Gof,
sounding his horn in a call to action of the time on Mynydd Bach:

Most poigniant and resonating down the ages:

(Adopted by Keir Hardie in his Aberdare/Merthyr 1900 Election Campaign.)

The Small Holders and landless Peasantry of Cwmwd Caeo made this their call in resistence to Gentry enclosues of their Common Land. the same Cwmwd Caeo where Gruffydd ap Rhys and his Young Wife Princes Gwenllian ferch Gruffydd ap Cynan with a small band of followers made their hide out from which to launch the great War of 1136 against then 'Anglo - Norman Robber Barons - the 'Conquistadores' of older times. The same Cwmwd Caeo of Llywelyn ap Gruffydd Fychan and sons who fought for freedom with Owain Glyndwr, Llywelyn being brutally executed in Llandovery Market Square for refusing to inform to the English King, the whereabouts of his sons. Let their sacrifices in struggles for Land and Liberty inspire us to continue the struggle of they and later generations during the Welsh Tithe War of 1886 - 1888.

1886 in Wales - Wikipedia, the free encyclopedia
Other events of 1886. This article is about the particular significance of the year
1886 to Wales and its people. ... The Welsh Land League is founded. Beginning ...
en.wikipedia.org/wiki/1886_in_Wales - 32k - Similar pages

Not only Farmers and agricultural workers took up struggles of Land and Liberty, so too the Workers and Peasant of Gwynedd.

Thus Let Us Renew The Struggle For Land and Liberty! 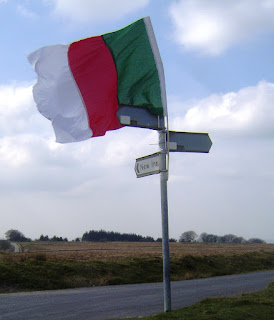 1: Let Us Crawl All Over The English Crown Estates designated for Windmill Plantations to be established upon, to reclaim this land by placing upon such our Welsh Republican Flag of Resistance to the English Crown and Red Pitchfork Flag of Popular Peoples Protest: 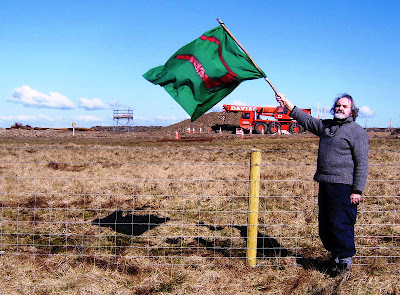 1 - 7 June 2012: Promotional Poster Campaign on and around proposed Crown Estates Windmill Plantations - throughout Wales, patriots giving attention in particular in their own areas to the following Mynyddoedd Cilfaesty, Llys Dymper and Mynyddoedd Llanybydder/Llanllwni/Bryn Llywelyn and Mynydd Llanfihangly Rhos-Y- Corn also Coed Brechfa in passing, not a Crown Estate but along with present existing Windfarm close by at Alltwallis will make a vast Windmill Plantation amidst this precious Countryside full of history and heritage in the landscape. Further, in addition to 'Symbolic' protest action to above it is also being considered to hold a 'National Protest' in area of Mynydd Neuadd Goch proposed Crown Estate Windmill Plantation, given fact of much publicity focused on this o late, it seems ideal one for a National Gathering against these Crown Estate Windmill Plantations. If this is a 'Go' it is likly to be held on either the 6th or 7th June 2012.

Please note: This above makes it possible for Patriots to attend other events as the 3rd June Merthyr Massacre Ceremony, 5th June CBRD event in Bae Caerdydd and also the 'Jubilee Mountain'  Moel y Famau Republican Anti - Jubilee Gathering - possibly best held now to suit all the above on 2nd June, noting that there will be a Tarian Glyndwr Anti - Windmill Action at the Nant y Arian Forestry Centre regards the proposed building of a Turbine Road through there to build a vast Windmill Plantation on Mynydd Pumlumon infringing on the Battle site of Mynydd Hydgen. 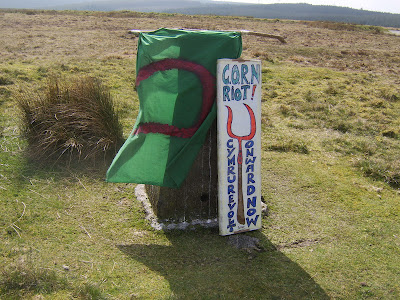 to Past 'People of the Pitcfork'.

2: Then We Shall Begin To Walk To 'Bury Our Hearts' on 'Stryveland'.

The Save 'Stryveland' Struggle event in the Occupation of Mynydd y Betws 8 - 10 June 2012 and on the 10th June is very much then part of this  Cymrwch y Tir yn Ol sponsored 'Tremasiad' - Wales Land Act Campaign. However, the following day will be an event more directly associated to this struggle in a gathering of 10 June 2012 on Mynydd y Gwair. Endorsed by Partisan Cymru - 'Red Republicans' of the Great Unrest 2012 and supported by all of Republican Mind - very welcome to attend this gathering and participate in 'YMGYRCH TREMASIAD'. 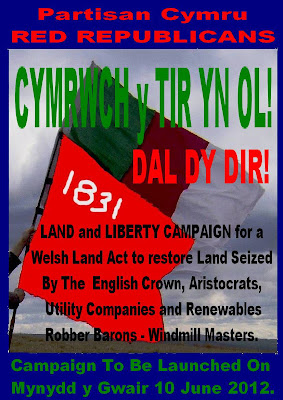 3: Following above, all who would support this campaign fully as active participants in organisation of 'Mudiad Tresmasiad' and protest action will have need first to learn how to run. I mean in this case how to run a succesfull National Land and Liberty - Wales Land Act Campaign that must become a National Struggle for as long as it takes unto final victory.  Partisans of the Radical Wales Left and Patriots of the National Struggle must now as 'Republicans Against The English Crown'. A struggle that needs to be a broad 'Unity' front, thus to this end note:

It is intended to establish 'Tremasiad' officially as a Platform for advance of a Unity Broad Front National Campaign, this to be deliberated on and fully established at a Conference in Maenclochog on the 14th July 2012. Why 14th July and why Maenclochog, see post in Pitcfork and Pike blog on subject of:


'He kept the Preslau from the Beast'. 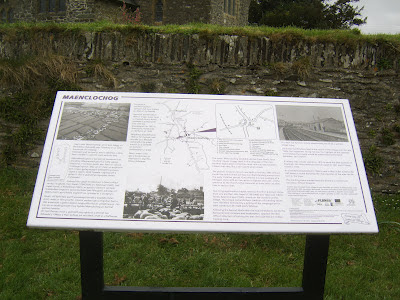 Full and Further details of this conferance in due course, suffice to be aware of for now, is be patient if wishing to support please no working across these proposals but rather fully cooperate. All will have full opportunity to be involved in and contribute in this conference and place their names forward as members of a 'Pilot Organising Group' or whatever is decided upon? The 'Tremasiad Initiative' could take form of a 'United Land and Liberty Front' with any number of affiliate groups appointing representatives to a Directorate who will then from their ranks appoint an Executive of Officers and thence working parties to produce a Constitution, Campaign Strategy and detirmine on campaigns etc. So, in mean timne think on this and any ideas and suggestions your welcome to send my way, so I can put a Conference package together. 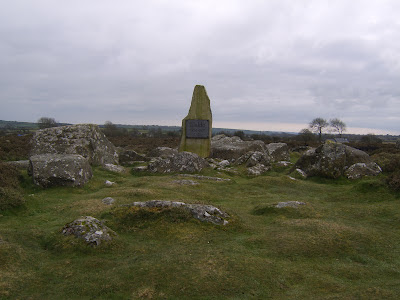 By now many of you will know me well enough to expect from me more of my out door 'Tarw Scotch' style mountain meetings, this time near the Waldo Memorial (above)in the Presely Foot hills. See Blue Stone memorial below, opposite to the Waldo Memorial. 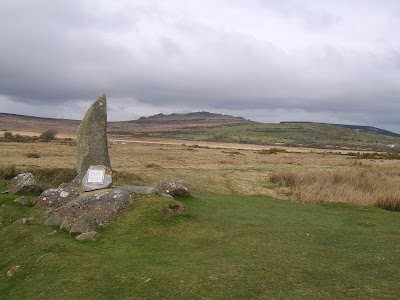 Well it will be Summer? so how does that grab you? No? let me know what you think and do note if weekend event then opportunity for some hill walking and visiting the unique Tafarn Sinc: 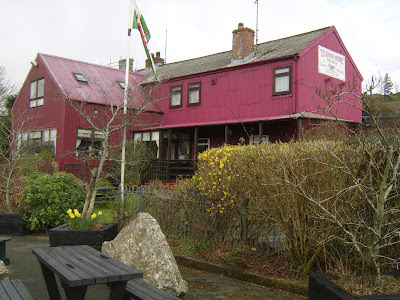 So, comrades and compatriots lets do some trespassing for
Land and Liberty, yes?

Together Let Us Demand a

PS: I must after this go back into my box, put myself on the Back room shelf in semi - retirement of passive resistence to sort out my AWNMS Archive, put together a 'Sixties Scrapbook' also write up history of Cofiwn with my companion Welsh Remembrancer Sian Ifan produce some history DVDs on Hanes Glyndwr and much else. Hopefully, we can get much packaged so that others, not least a younger generation can take over and give us 'Old Soldiers' a break! Make most of my Blogs and fb as I am having the Computer taken away to stop me bothering Wales and World and myself going 'blind'. I can then maybe get back to reading books and writting up my short stories as per Gothic Horror and  the Assyrian Rod.

NB: Red Stag Designs and name here will have to be (c) as I hope to see them put under use of 'TREMASIAD', they can then produce T - Shirts etc to publicise the struggle and raise funds for the campaign suggested here. Please indulge me on this.

MARCH INTO THE MOUNTAINS

Just Over A Month To Go - Are You Making Ready?

Lets Play Hard Ball - Face book Page 1 of2
3 days ago ... Geth1n Ap Gruffydd posted in 'STRYVELAND' - CYMRU/WALES ... who will have
an interest plus of course add to blogs, fb and Twitter etc, not ...
drmyronevans.files.wordpress.com/2012/04/antiwindturbine.pdf - - Similar pages

Posted by WELSH REMEMBRANCERS at 08:38